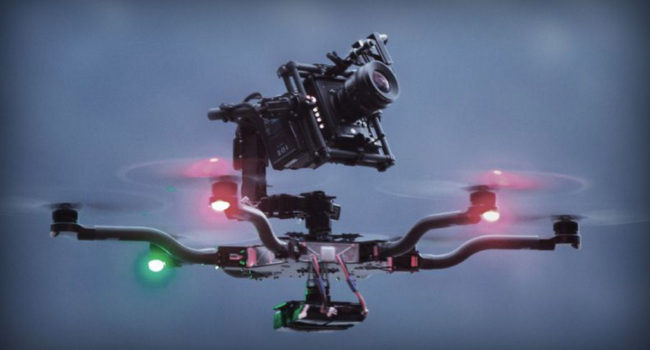 Ever since its announcement in April of this year, the Freefly ALTA hexacopter has been making waves and inspiring many web searches in hopes of finding more info on Freefly’s first UAV. Since then, Freefly has been steadily releasing more info about the ship, the quality control process they put it through, the extensive testing they’re doing, and the operation of the Synapse flight controller. ALTAs will start showing up at people’s doorsteps soon, but until then we need something to obsess over, right?

Here are eight of the most exciting features that have been revealed for the ALTA.

This is probably the first thing you heard about the ALTA. It’s probably the most groundbreaking aspect of the ship, but it’s far from being the defining feature. While having the freedom to mount a gimbal on the top is great, it’s likely that operators will be using the traditional underslung gimbal at least 90% of the time.

Okay, pardon the pun. But what’s truly great about the ALTA is that it’s 100% designed by Freefly to work the way it’s supposed to. It’s powered by the new Synapse flight controller, designed to carry MoVI gimbals, and using components that were chosen for maximum compatibility. There’s no need to tinker or to worry that you don’t have the optimum combination of components. The ALTA is designed to just work.

Ever since multirotors have become a practical tool for filmmaking, the dream has always been the fold up/unfold construction that allows for easy transportation. However, most of the attempts so far for professional ships have been imperfect and limited, still taking up more time and space than preferable. However, the ALTA just might be the first to truly take the pain out of storage, transportation, and setup. The entire ship (not including the gimbal) folds up to fit into a surprisingly compact Pelican case, then can be unpacked and prepared for flight in under 5 minutes.

Ever wanted to have free reign over the horizontal movement of your ship but put the vertical height on cruise-control? The impressive Height Hold Mode is just what you want. Need to set a steady ground speed? You got it. The ALTA is designed to aid the pilot with whatever flight needs to be accomplished, but not to overrule.

When Freefly announced that their hexacopter would be lifting RED Dragons and Alexa Minis, some were understandably skeptical. However, Freefly has shown just what their ship can do with a 15 lb payload, and it’s enough to silence detractors.. The ALTA is also even more sprightly with a lighter payload, climbing up to 14 m/s with a Canon 5D onboard.

#6 – Customizable Settings with a Simple Interface

The #FreeflyALTA App gives the pilot the ability to fine tune the ALTA for their specific flying style and needs. pic.twitter.com/r2Q3wsuIma — Freefly (@freeflysystems) July 29, 2015

Oftentimes with technology, customization comes at the expense of simplicity. Fortunately, Freefly is known for ease-of-use. The mobile app for their Synapse flight controller is probably one of the most exciting things we’ve seen, allowing for tons of customization in quick, easy, and intuitive steps. 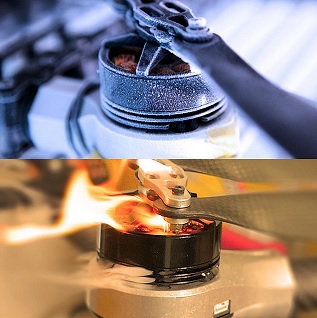 The folks at Freefly have put this thing through hell to find its limits and how to improve them. Even the components that will end up on your own personal ship will have gone through a series of tests to make sure your ship is ready to go through tough conditions as soon as you take it out of the box.

The ALTA can mount its batteries on the top or bottom of the frame, depending on which way the gimbal is mounted. It also uses integrated end stops and dual rubberized straps to make sure you can switch batteries even faster while maintaining confidence that your batteries aren’t going anywhere.

What are your thoughts on the ALTA? Are there any other features you’ve been impressed by? Let us know in the comments below!