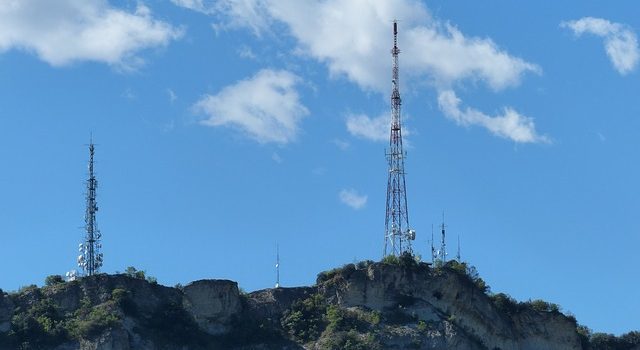 On March 23, 2015,[1] the FAA announced the “blanket” COA that would be given out to all Section 333 Exemptions for commercial drone operations going forward. Fast forward to March 29, 2016,[2] the FAA announces a revision to the blanket COA to allow operations up to 400ft.

Why is the 400ft increase so important? The reason for the blanket COAs being created in the first place was because EVERY COA was geographically defined. Unless the old blanket COA was created, the system would have choked to death in months. The 200ft old blanket COA somewhat worked for some operations around the U.S., but there are many lattice radio towers all over the U.S. that are between 200 – 400ft. Under the old blanket COA, each of these towers would need a new 400ft COA that would be site-specific and not nationwide like the blanket COA was. This bogged down the system tremendously because EACH radio tower had to have a COA. This new blanket COA has the ability to speed up the COA process because COA analysts won’t be wasting their time on these 200-400ft towers but now putting their skills to better use at looking at near airport COAs. The FAA “estimates the move will lessen the need for individual COAs by 30 to 40 percent.”[3] The new blanket COA coupled with the new Section 333 exemptions being given out with the “super list” of 1,120 pre-approved drones means processing times for 333 exemptions and COAs will start to decrease.

Many in the drone community have been frustrated because recreational drone operators can fly up to 400ft while the commercial operators were always stuck at 200ft, unless they obtained another COA. The FAA changing things while leaving other things inefficient shouldn’t surprise us. The FAA has been doing that over the past couple of years with recreational drones. See my analysis on Advisory Circular 91-57A.

Let’s compare the new and old COAs to see what has changed.

4. Incident/Accident/Mishap Reporting After an incident or accident that meets the criteria below, and within 24 hours of that incident, accident or event described below, the proponent must provide initial notification of the following to the FAA via email at mailto: 9-AJV-115- UASOrganization@faa.gov and via the UAS COA On-Line forms (Incident/Accident).

1. All accidents/mishaps involving UAS operations where any of the following occurs:
a. Fatal injury, where the operation of a UAS results in a death occurring within 30 days of the accident/mishap
b. Serious injury, where the operation of a UAS results in: (1)hospitalization for more than 48 hours, commencing within 7 days from the date of the injury was received; (2) results in a fracture of any bone (except simple fractures of fingers, toes, or nose); (3) causes severe hemorrhages, nerve, muscle, or tendon damage; (4) involves any internal organ; or (5) involves second- or third-degree burns, or any burns affecting more than 5 percent of the body surface.
c. Total unmanned aircraft loss
d. Substantial damage to the unmanned aircraft system where there is damage to the airframe, power plant, or onboard systems that must be repaired prior to further flight
e. Damage to property, other than the unmanned aircraft.
2. Any incident/mishap that results in an unsafe/abnormal operation including but not limited to
a. A malfunction or failure of the unmanned aircraft’s on-board flight control system (including navigation)
b. A malfunction or failure of ground control station flight control hardware or software (other than loss of control link)
c. A power plant failure or malfunction
d. An in-flight fire
e. An aircraft collision involving another aircraft.
f. Any in-flight failure of the unmanned aircraft’s electrical system requiring use of alternate or emergency power to complete the flight
g. A deviation from any provision contained in the COA
h. A deviation from an ATC clearance and/or Letter(s) of Agreement/Procedures
i. A lost control link event resulting in
(1) Fly-away, or
(2) Execution of a pre-planned/unplanned lost link procedure.

The new blanket COA can be downloaded here.

The monthly COA reporting requirements have not changed, see another blog post on it here, which is good because this means the Drone Operator’s Logbook is still compatible. Unfortunately, the new COA still has the near airport restrictions. If you are needing help with Class B, C, D, E, or G airspace COAs, Rupprecht Law, P.A. can help with obtaining these COAs.

I hope this helps. Remember, when dealing with drone law matters, don’t hire a poser, hire a lawyer who is a pilot.

[4] Notice BOTH COA’s still say, “Beyond the following distances from the airport reference point (ARP) of a public use airport, heliport, gliderport, or seaport listed in the Airport/Facility Directory[.]”