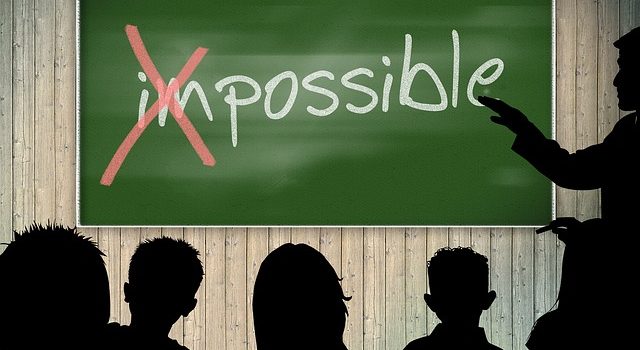 The FAA announced on May 4, 2016 in a memorandum some helpful changes regarding the use of UAS in education.

The reason why this memo was created was that many universities were wanting to offer classes where students would be required to fly the aircraft. This brought up questions such as “does the university need a Section 333 Exemption?” or “does the student need a pilot license?” There were also spin-off questions such as “can we teach the local 4-H, Boy Scouts, etc. about drones?”

The FAA summed it up in three points:

(1) the aircraft is flown strictly for hobby or recreational use;

(3) the aircraft is limited to not more than 55 pounds unless otherwise certified through a design, construction, inspection, flight test, and operational safety program administered by a community-based organization;

(4) the aircraft is operated in a manner that does not interfere with and gives way to any manned aircraft; and

There needs to be one point of clarification on this section in that Section 336 is focused on the FAA, not the public, and tells the FAA that they “may not promulgate any rule or regulation regarding a model aircraft, or an aircraft being developed as a model aircraft” if a model aircraft[2] is meeting all the 5 elements above. The FAA has misapplied this section repeatedly, most notoriously in the recent registration requirement which is currently being sued over by John Taylor and me in the D.C. Circuit. A lengthy blog post on 336 and the registration regulations is here.

The FAA is redefining its interpretation of “hobby or recreational use” as found in Section 336 as “to include operation of UAS to conduct demonstrations at accredited educational institutions or at other community-sponsored events provided the aircraft is not being operated for compensation, in furtherance of a business or incidental to a business.”[3]

Hobbyists or enthusiasts can fly at an “accredited educational institution or other community-sponsored events to promote the safe use of UAS and encourage students’ interest in aviation as a hobby or for recreational purposes provided the hobbyist receives no compensation of any kind (honorarium or reimbursement of costs), or any such compensation neither directly or indirectly furthers the hobbyists’ business or operation of the UAS.”[4]

Keep in mind that the last portion is very broad. If you think this might apply to you, the work around is to just do demos inside a completely enclosed building and avoid all these legal gymnastic problems.

The FAA went on to say that just because a student learns about the knowledge of flight does not make the flight not hobby and recreational when they will use that knowledge to get a degree.[5] The link between knowledge, to degree, to job is just “too attenuated” to be considered outside of hobby or recreational use.

The FAA concluded that UAS flying for “students at accredited educational institutions as a component of science, technology, and aviation-related educational curricula or other coursework such as television or film production or the arts more closely reflects and embodies the purposed of ‘hobby and recreation[.]’”[6]

If the student receives any reimbursement for costs or an honorarium then that is NOT hobby and recreational; however, a student may receive financial aid, participating in a work-study program, or being a paid research assistant to a faculty member teaching the course.[7]

“Faculty teaching a course or curricula that uses unmanned aircraft as a component of that course may provide limited assistance to students operating the unmanned aircraft” without changing the student’s hobby and recreational classification or the need for the faculty to obtain FAA authorization.[8]

This limited assistance exception is only where the UAS operation is secondary in the course; however, if UAS operations is the primary reason for the course, the faculty member would need authorization, but the student, as defined above, would not.

It is NOT considered hobby and recreational for a faculty member or assistant to operate a drone as part of their professional duties. Additionally, a professor cannot do a “work around” and get the students to fly the drone for purposes of the faculty member’s professional research objectives.

When Does a University’s Class/Operations NOT Fall Into This Exception?

Does the Model Aircraft Have to Be Registered?

Nothing is said in the memo about whether the aircraft must be registered or not. This is most likely an oversight on the FAA’s part since they have been campaigning hard about the need for all aircraft 250 grams or above to be registered.

The FAA’s interpretation of Section 336 is that it prohibits the specific regulation of model aircraft, not the regulation of all aircraft as a whole like it is some sort of civil rights for drones equal protection clause which does not in any way work with the meaning of “special” in the title to Section 336. In other words, how are model aircraft special (as indicated in title of 336) if model aircraft are required to be treated like everyone else?

Are Model Aircraft Special or Not?

There is something seriously incongruous with the FAA’s view of Section 336 and how Section 336 actually reads. The FAA seems to view 336 as a means of allowing model aircraft flights without “authorization”[9] when in reality it is specifically addressed at the FAA telling them to not create any rule or regulation governing model aircraft.

Setting Educational Institutions Up for Failure?

The FAA said, “If an unmanned aircraft is operated as a model aircraft in accordance with the above, then it does not require FAA authorization.” Is there anything else they should do besides authorization? Any operating rules, etc.? This becomes problematic because some of the educational institutions are right NEXT TO AIRPORTS! Furthermore, some are in D.C. right smack dab in the SFRA or FRZ!  For example, Massachusetts Institute of Technology is within Logan’s Class B airspace and George Washington University is within the FRZ. Can MIT students merely notify Logan’s tower and manager in accord with 336 and fly? Wouldn’t that also violate the FAA’s current view that ALL regulations in Part 91 apply to unmanned aircraft such as the requirement to get clearance prior to entering Class B airspace?[10] If you are an educational institution reading this, you definitely need an aviation attorney on your team to help you navigate this area.

If you an educational institution getting into this area, I would highly suggest you seek out competent aviation legal advice. When shopping around for legal help, consider the background of the attorney and if they have any experience because………

Posers will keep your program grounded while an attorney who is a pilot will help it soar.

[1] This would include “demonstrations at schools, Boy or Girl Scout meetings, Science Club, etc.” Page 1.

aircraft’’ means an unmanned aircraft that is—

(2) flown within visual line of sight of the person operating

(3) flown for hobby or recreational purposes.

[11] “The FAA is aware that at least one community-based organization permits “first person view” (FPV) operations during which the hobbyist controls the aircraft while wearing goggles that display images transmitted from a camera mounted in the front of the model aircraft. While the intent of FPV is to provide a simulation of what a pilot would see from the flight deck of a manned aircraft, the goggles may obstruct an operator’s vision, thereby preventing the operator from keeping the model aircraft within his or her visual line of sight at all times.” Footnote 2 on Page 8-9 of https://www.faa.gov/uas/media/model_aircraft_spec_rule.pdf