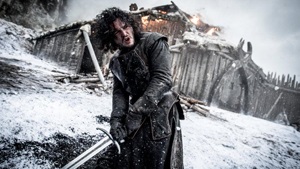 Game of Thrones has become wildly popular over the past few years for its ability to cross political drama, high fantasy, and thrilling action. It’s no surprise, as it’s proven time and again to be a very well-crafted series, a fact which is always evident in its epic battle scenes. Recently, season five saw a […]

The post 3 Reasons Game of Thrones Battle Scenes Are So Memorable appeared first on VidMuze.